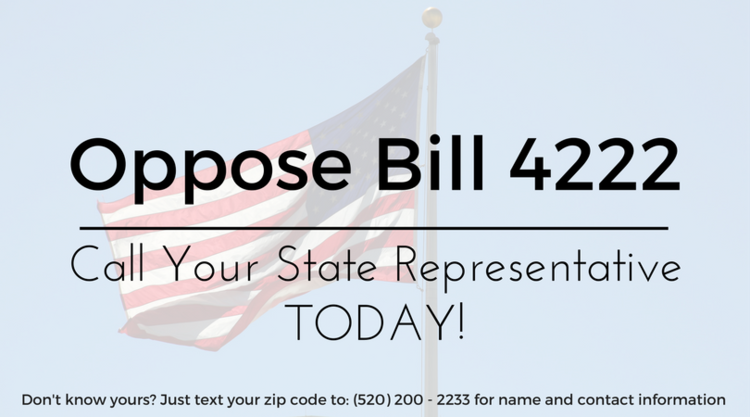 Last week, Reclaim shared an article from NPR by Jack Lessenberry to our social media regarding the Michigan Senate vote on April 27 that passed legislation allowing license plates bearing the words “Choose Life” to be permitted with the money raised going to a fund controlled by the notorious anti-abortion group, Right to Life of Michigan. Traditionally, funds from specialty license plates have avoided a partisan political view; however, this bill sends a blatant message in support one side of a highly polarized and politicized issue, allowing the state to fundraise for private special interest groups without offering an option to fundraise for the opposing side.

Much like the article indicated, we must wonder how a pro-choice license plate with funds assisting local independent abortion providers would go over with conservatives, but we likely already know. When looking through multiple online articles on this topic, readers commenting their opposition to this bill have been attacked and accused of being “murderers, pro-death, and baby killers,” by anti-abortion advocates, while they simultaneously comment on the purchaser’s right to choose this license plate for themselves. It is not the state’s responsibility to facilitate fundraising for one side of a special interest group, especially when these funds could harm individuals. Reclaim understands the power of an organization like Right to Life and their ability to evoke strong emotions with their followers. This funding will have a direct impact on independent abortion providers, and the protests and violence they witness outside their doors is expected to increase.

Not familiar with Right to Life? They are a national organization dedicated to promoting anti-abortion rhetoric, introducing restrictive legislation and electing anti-abortion legislators. This is not the first time this legislation has been introduced. In previous years, it was introduced more than SEVEN times with no chance of passing; however, the results of the Presidential Election has emboldened anti-abortion legislators and the current make-up of the Michigan House of Representatives creates the perfect environment for this bill to pass.

A CALL TO ACTION!

The State House is set to vote on this bill AS SOON AS THIS WEEK; therefore, it is VERY IMPORTANT TO CONTACT YOUR STATE REPRESENTATIVES TODAY! Urge them to VOTE NO on HB 4222!

Don’t know how to find your reps?

Go to www.house.mi.gov/mhrpublic and put in your district number or address!

We also need to Contact Governor Rick Snyder and urge him not to sign this bill if it passes the house vote. His contact information can be found here: