The Detroit Women’s Convention: The Future is Female.

Around this time last year, I was devastated to learn the results of the election, and as an employee of an abortion provider, I could not fathom the road to hell the results of this election would pave. The next day, I attended my social work lessons and cried with my classmates as we discussed what it would be like to advocate for the oppressed under the next administration. It felt as though the early mornings I spent registering voters, the coffee consumed to keep on the campaign trail, and the outreach I had done for the previous 3 months had been a waste. Like many of us, I woke up on November 9 feeling empty and alone; however, social media presented a glimmer of hope when they announced someone (or groups of some ones) were organizing a Women’s March on Washington DC for January 21, the day after inauguration.

Initially, my colleagues and I planned on attending the March in DC; however, life got in the way and our last minute planning made it impossible. As I succumbed to my depressive state, I decided not to attend any local marches. On Saturday, January 21, 2017, I went to my favorite bagel place in Ferndale, Michigan to drown my sorrows in cream cheese and carbs where I met a woman and her partner in line. We discussed the resistance and they were on their way to the March at Wayne State University. Something about this encounter motivated me to attend the march so I went home, grabbed my dog and a friend, and headed to Detroit. Over 400 people had gathered for our own local march, and this was the first time in over 2 months that I felt the unity and power of the progressive movement. We were chanting as we marched and gathered for a dance party in the Wayne State commons. It was beautiful. 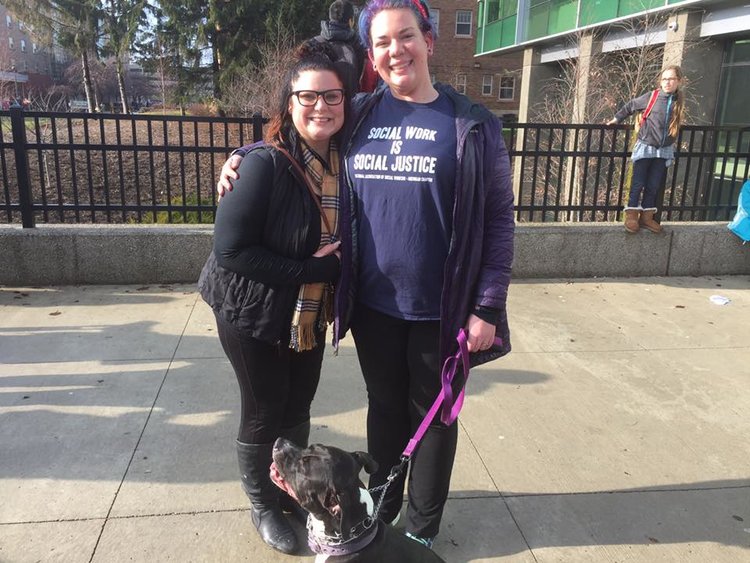 Gathering with other folks resistant to the Trump administration fueled my activist fire. However, like many others, I did not know what the next steps entailed and did not know how to engage everyone I met in a cohesive movement. I had never attended a national convention and could not imagine an event that could coordinate the dreams and actions of so many diverse individuals. All of this changed after attending the Detroit Women’s Convention October 27-29. A few weeks before the convention, I was blessed to meet with a member of the local host committee who was in search of representation from local organizations. Reclaim, my supervisor, and I received a scholarship to attend the conference and join their list of Social Justice City organizations. 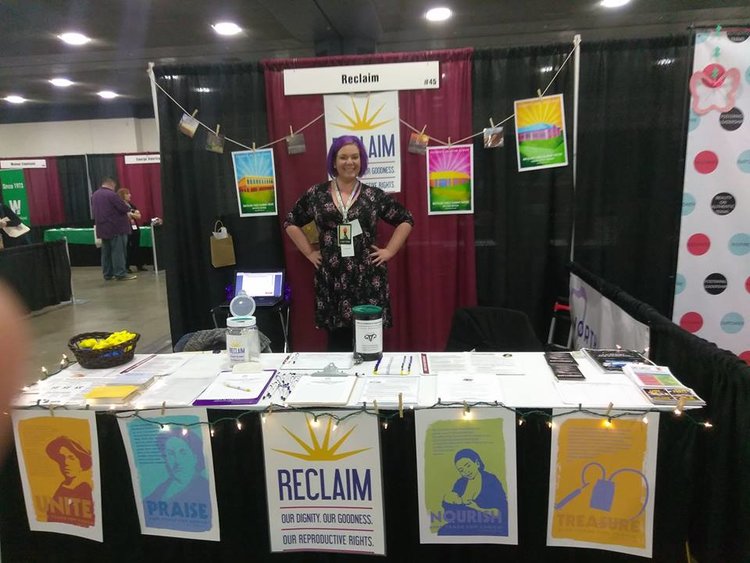 Though I outlined every session I wanted to attend each day, I lost track of time at the Reclaim table as I was engrossed in introducing local residents to our work, networking with other local organizations about future collaborations, and asking out-of-state attendees to fill out a postcard to their Senators about the 20-week abortion ban and calling their local Crisis Pregnancy Centers to assist in the #ExposeFakeClinics action. During this convention, I was able to share the stories of domestic terrorism experienced by independent abortion providers, foster support for future events, and gain over 160 new Reclaim followers. 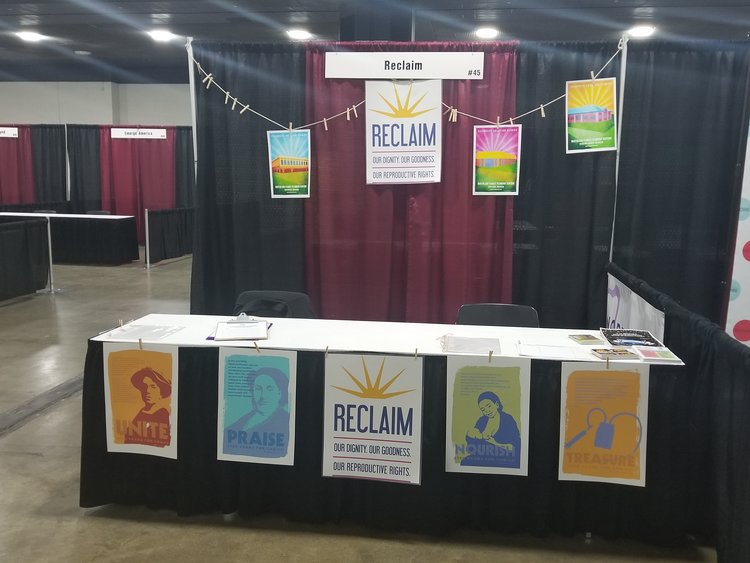 I did not pull myself away from the table until the fourth breakout session where I attended The Role of Cities in Protecting Reproductive Freedom. This session outlined the importance of locals demanding comprehensive sex education and reproductive access in their communities. Panelists from the National Institute for Reproductive Health (NIRH), Michigan Organization on Adolescent Sexual Health (MOASH), & Northland Family Planning (NFP) began the conversation with a background on their respective organizations as well as the success and struggles they have faced protecting reproductive freedoms at the local level. NIRH developed a Local Reproductive Freedom Index star rating, ranking cities across the United States on their current capacity to meet the reproductive needs of their communities. MOASH created a sexual health board of youth members to give voice to the needs of adolescents when it comes to reproductive health. NFP discussed the effects of protestors on local law enforcement ability to protect clinics. Though the information presented by the panelists was invaluable, the audience discussion that followed was remarkable. Women from all over the country applauded the successes of the NIRH study and sought guidance on how to replicate it in their hometowns. The group brainstormed ideas and made connections with fellow activists in their communities. The final question explored how to move forward and the answer was clear: 1) more women need to run for local office to increase their representation and 2) more effort must be placed on eliminating the shame and stigma surrounding abortion! 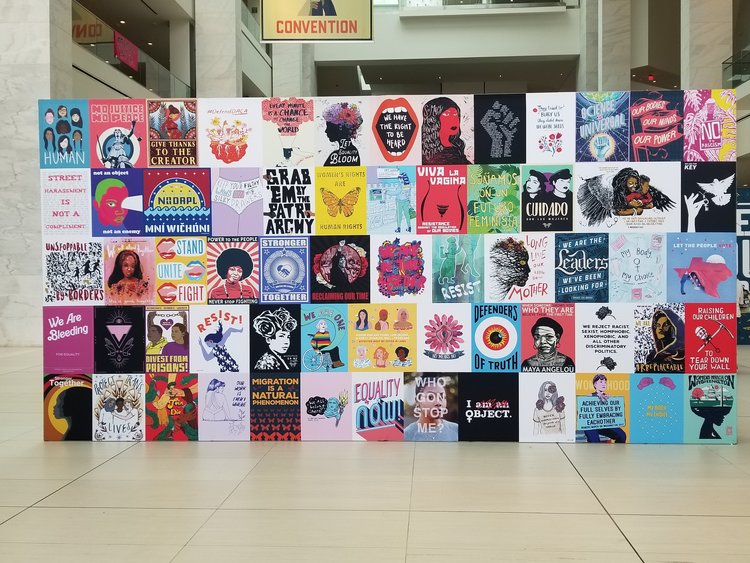 It is impossible to pick the best session of the convention; however, I would be doing all readers a disservice if I did not discuss the Sojourner Truth Lunch with keynote speaker, Congresswoman Maxine Waters. Thousands attended this luncheon, held in the main hall of the convention. A panel of local Detroit activists discussed the importance of intersectionality in their activism. Emily’s List President, Stephanie Schriok, brought tears to my eyes as she first asked every woman currently holding a position in office to rise followed by every woman planning on running for office in the next election. The room erupted with applause as we focused on the 2018 elections.  Congresswoman Waters brought down the house as she asked us to get involved in changing our democracy while leading a chant, “Impeach 45!” 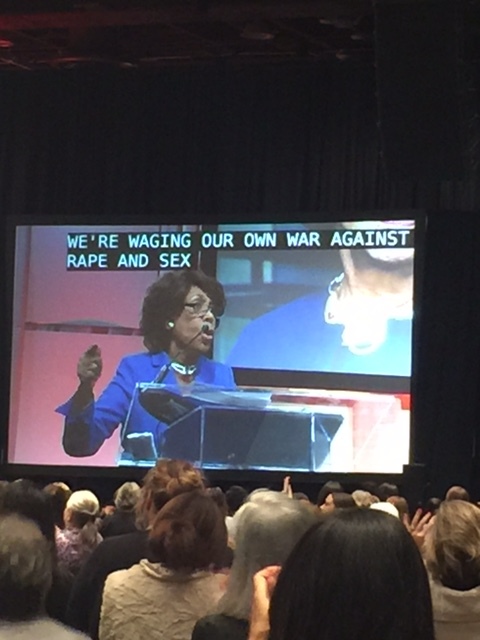 “WE ARE WAGING OUR OWN WAR AGAINST RAPE AND SEXUAL ASSAULT!” — CONGRESSWOMAN MAXINE WATERS

The most emotional and moving part of this luncheon was when a young girl performed Truth’s “Ain’t I A Woman?” poem. While she started strong, the emotion of the moment caught up with her and she forgot the next line. While awaiting the saving grace of the script, the entire room stood, applauded and cheered for her. She finished with the same enthusiasm she began with and the room erupted. This was the defining moment of the Women’s Convention for me. It did not matter that she forgot the words. It did not matter that she panicked as she tried to remember. It did not matter what race, religion, or cause she represented. All that mattered was the support she received from the crowd as she regained her footing and crossed the finish line.  As we move forward, we must remember to stand up for one another. We will not be successful if we keep ourselves in silos and if we do not show up! This movement will fizzle without all of us. Raise and center the voices of people of color! Elect progressive women! The future is female, and we are a force. 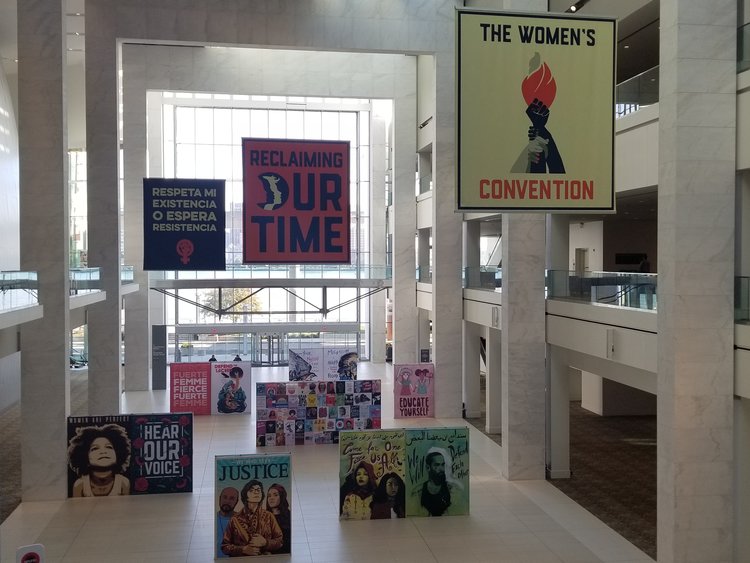 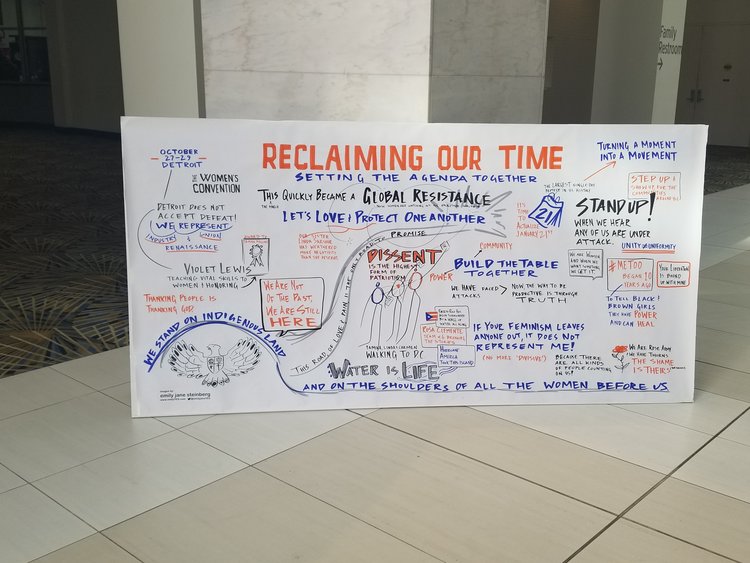 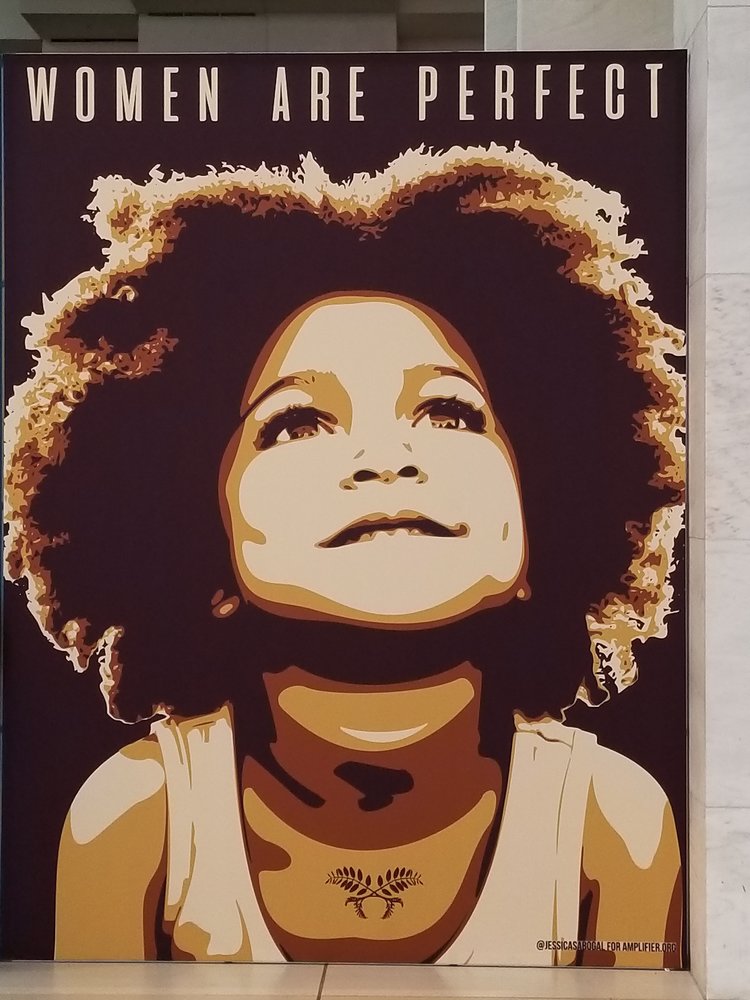